For those that wanted easier shopping, click on the shopping tab above or visit http://www.amychomas.com/

We are now taking credit card payments, or you can still use paypal! Any questions, you can send them to amyc222@yahoo.com

Want to learn how to use your new holders? Look to the right of my blog to see everything in categories!


Can you imagine drawing pretty much image you already own, or pretty much any image you can find online and trace, and then color them in with the Copic markers?  Of course you could also use Spectrum Noir, Promarkers, colored pencil, even crayon!
If you would like some awesome video tutorials on how to trace images with the Silhouette Studio software you have to go to Kay's blog Clever Someday and watch Tracing without Tears!  I've been using the Silhouette Studio software for quite some time, but I even learned a few things watching her videos on tracing!
Now these are just some fonts I had on my computer that I used for the names on these frames.  I have a Copic Multiliner which is the black you see that I drew.  These don't smear with the Copic Markers.  I know there are other markers out there that won't smear but I don't know what they are, but I would love to add them to the list if you know what they are! Just email me amyc222@yahoo.com or comment on here! 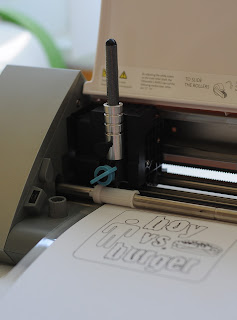 I added the Copic Multiliner to the Chomas Creations adjustable pen holder in the Cameo and drew the names on these frames.  I used a thickness of 5, a speed of 7 and a multicut of 2 (this really made the black even nicer!)   I also used Kay's dingbat font she has on her computer for the ovals, it has a bunch of shapes that I find very useful.  You can find that here... dingbat font
I'm not the best at coloring with Copics, but I try lol!!  I did find out that adding some Mod Podge to the top of the colored in Copics did not smear them at all!  Now I know they will be protected to. 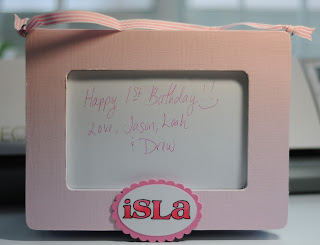 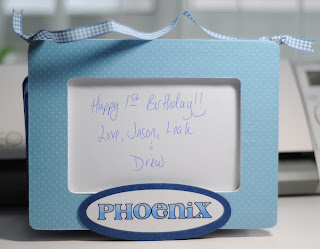 How about a coupon code?  Use the code feb10 at checkout in the Chomas Creations store to save 10% off your purchase of $30 or more.  Coupon good till the end of February!

Color your own cards with the Chomas Creations adjustable holders


My daughter had a birthday party to go to which means we needed to make a card for her friend!  I thought it would be fun to involve her so I used the Studio, the Cameo and the Chomas Creations adjustable pen holder to make this card.  Blue is my daughter's friends favorite color so I used the Lettering Delights thin fonts to draw the sentiment.  I also used a stylus in the Chomas Creations adjustable pen holder to score this card, you maybe able to see it if you enlarge the card. 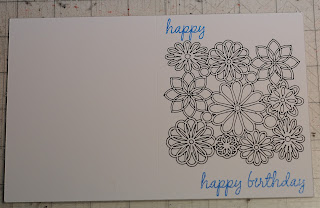 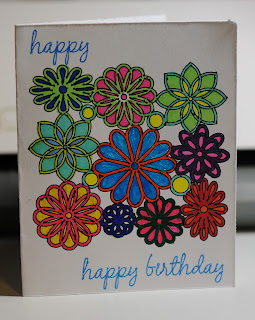 Of course you could always let the recipient color it as well!

My Valentines card for my hubby!  I used the Chomas Creations adjustable pen holder in the Cameo with the Staedtler triplus fineliner (have I mentioned I love these pens??  lol)  The heart pattern was a download from the Studio store, as well as the sentiment.  I cut the sentiment out of Colorboks metallic sheets (2- 12x12 sheets for $1 at Target!)  Pretty simple! 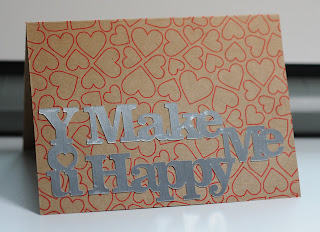 And as a special treat for all of you... Spend $30 or more in the Chomas Creations store and use the coupon code bemine10 at checkout to save 10% off your purchase! Code good through 2-15-2013.
Like what you see? Leave a comment to let me know!

This year for Valentine's Day and to work on the kids' handwriting the teacher asked for each child to write a little note to their classmates about what is special about them.  Great idea!
So I went to the drawing board (aka Silhouette Studio) and made a bunch of hearts with lines in them for my kids to write on.  Although I did really want to do the same ones I did last year... 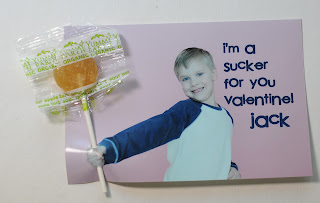 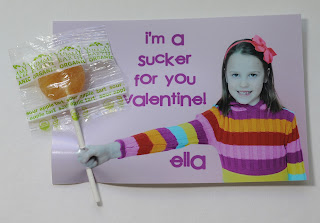 The kids really wanted to do their own this year though!  If you want to make some of these hearts with journaling lines the file for them is here... heart linesI used the Chomas Creations adjustable pen holder in the Cameo with the Chomas Creations red glitter gel pen & the Staedtler triplus fineliner (cause boys don't want glitter pens mom).  You know these would also be great for doing your journaling on scrapbook pages as well! 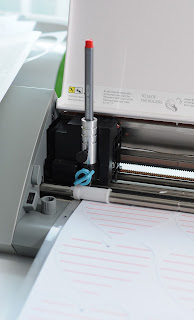 I set the Studio file up for these Valentines so I could fit 9 on each 12x12 page.  The shadow cuts to go around these hearts will also fit 9 on a 12x12 page. 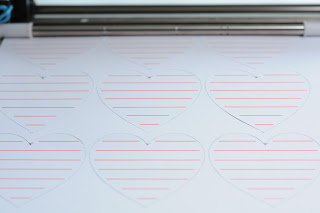 Here are my daughter's sentiments.  If you click on the picture below you maybe able to read some of them.  They are quite cute! 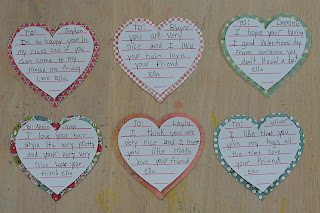 And as a special treat for all of you... Spend $30 or more in the Chomas Creations store and use the coupon code bemine10 at checkout to save 10% off your purchase!  Code good through 2-15-2013.

Posted by Amy Chomas at 3:13 PM No comments:

Happy 10 year anniversary to me!

Just letting you all know that orders placed after 12 noon on Friday February 1st will not ship until February 11th.  I will be celebrating my 10 year anniversary!
But if you still want to order, use the coupon code anniversary10 to save 10% off your purchase of $20 or more in the Chomas Creations store!  Coupon expires Febrary 10th!
Like what you see? Leave a comment to let me know!

We pride ourselves in saying the parts we make are... 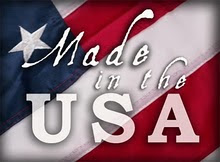 Check out all the ideas!

Promote Your Page Too

So what do you think of the holders for the Cricut?

"I was making some thankyou cards for friends after Christmas, and my husband was looking over my shoulder watching. I loaded a plain paper liner (to be used inside the card ) and made the proper Cricut selections including centerpoint. Then, using Storybook along with your gel pen holder "drew" a great frame with "Thankyou" inside the frame. My husband's comment, "pretty neat". My comment, "cool"! Amy, the card looked so prefessional! Thank you, thank you! Hugs to your hubby, too!" Harriette

"Hi Amy - I just love your holders....no I do not mind giving praises where due!!!
I have just got the Gypsy, and now creating more than ever!
So.......... YES I AM USING THE CRICUT more SINCE I GOT THEM FROM YOU!
Thanks to your dear hubbies work and your service. I got to add: great fast shipping to Canada!" Denise

Tools available on my blog

My most popular posts!

Problem with your order?

I will do everything I can to make you happy!
I do not take returns.

You can always reach me at amyc222@yahoo.com with any questions you may have!
I will usually get back to you the same day, or within 24 hours.

Amy Chomas
I'm a SAHM to 4 children that keep me busy, and in my very small amounts of spare time I love to scrapbook and improve my photography skills! Now I'm keeping very busy with designing with the new holders for the Silhouette & Cricut and having an awesome time doing it!